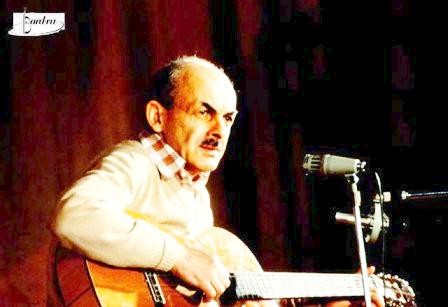 Булат Шалвович Окуджава [Boulat Shalvovich Okudjava](May 9, 1924 - June 12, 1997)A poet - as he self-described himself, he was a creator of about 200 songs set to his own lyrics. His music, a mixture of styles of Russian folksongs and French chansonnier, though often simple and cheerful, creates a specific atmosphere of yearning and nostalgia. The Russian bard of Georgian and Armenian origins brought up in his poems topics such as war and soldiers' fate, human emotions, folk legends and stories, but also everyday life(eg.