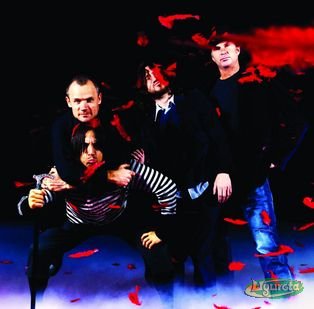 The Red Hot Chili Peppers is an American rock band formed in Los Angeles in 1983. Their music incorporates elements of alternative rock, funk, punk rock and psychedelic rock. The band consists of co-founders Anthony Kiedis (lead vocals) and Flea (bass), as well as drummer Chad Smith, and guitarist John Frusciante, the latter of whom has been in the band across three stints. With over 100 million records sold worldwide, the Red Hot Chili Peppers are one of the best-selling bands of all time.