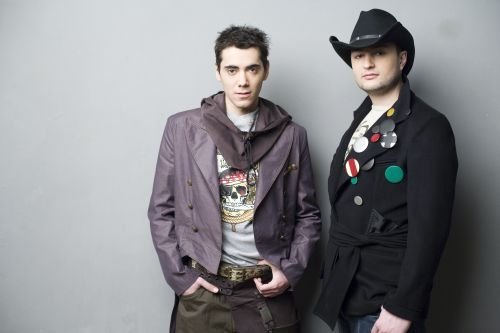 Yarabi is a relatively new romanian group. It consists of Ionut Cristian "I.C. Tiu" and Adrian "Fillip" Filipidescu.
Fillip is very talented, he has advanced musical studies and he was the lead singer of the romanian rock band Marfar in the beginning of 2005.
I.C. Tiu is singing less and works more on the sound, along with the producer Mister M (Marian Bogdan Tascau, formerly known as Dl. Problema)
Yarabi became popular quickly in Romania, as well as in other countries.