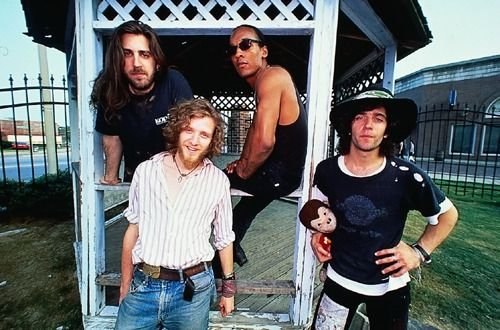 The Spin Doctors is a rock group from New York, USA, best known for its 1992 hits, "Two Princes" and "Little Miss Can't Be Wrong", which charted at #7 & #17 on the pop chart, respectively. The album that included those songs, 'Pocket Full of Kryptonite', sold poorly until MTV and radio began playing those singles. The album eventually went gold, receiving another boost in sales after the band appeared on Saturday Night Live in October 1992, and it ultimately sold five million copies in the U.