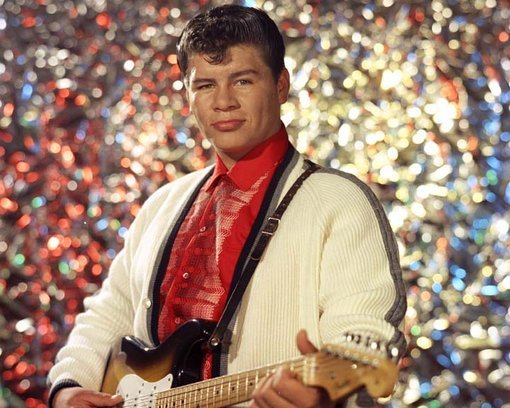 A Rock and Roll pioneer and a forefather of the Chicano rock movement, Valens' recording career lasted only eight months. During this time, however, he scored several hits, most notably "La Bamba", which was originally a Mexican folk song that Valens transformed with a rock rhythm and beat that became a hit in 1958