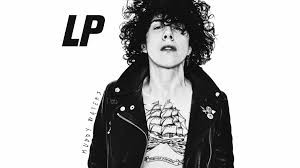 She landed her first major breakthrough as a songwriter, co-writing Rihanna's song "Cheers (Drink to That)" featured on Rihanna's fifth studio album Loud, released on 12 November 2010 on Def Jam Recordings. "Cheers" features a vocal hook performed by L.P. (taken from Avril Lavigne's "I'm with You"). In a 2010 interview with MTV News, Rihanna said: "I love that song ['Cheers']. That is one of my favorite songs on the album. It makes you feel like celebrating.