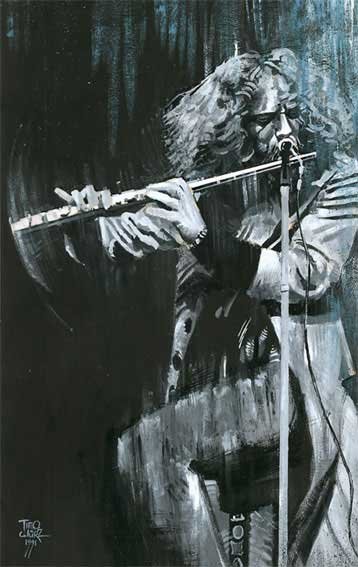 Ian Scott Anderson, MBE (b. 1947) is a Scottish singer, songwriter, and multi-instrumentalist, best known for his work as the leader and flautist of British rock band Jethro Tull.

Anderson was born on 10th August 1947, the youngest of three children. He spent the first part of his childhood in Edinburgh, Scotland. He was influenced by his father's big band and jazz records and the emergence of rock music, though disenchanted with the "show biz" style of early American rock and roll stars like Elvis Presley.