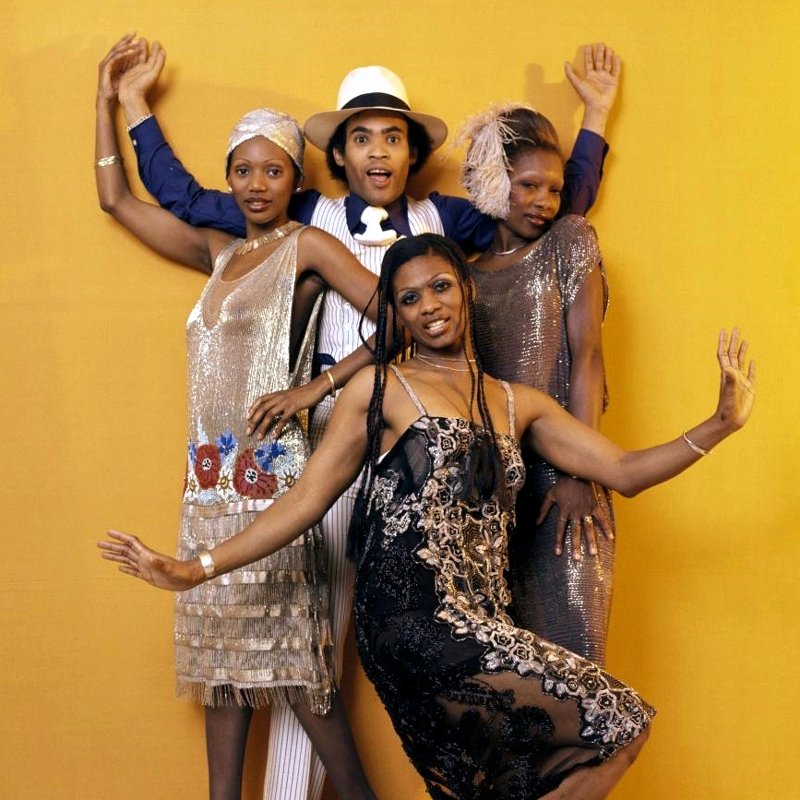 The group from Germany was created by producer Frank Farian in 1975 and was composed of four West Indian artists working in London, Germany and the Netherlands: singers Marcia Barrett and Liz Mitchell, model Maizie Williams and DJ Bobby Farrell. Boney M is noted for the mix of white and black music—the producer Farian is white and the singers are black; significantly many songs are black (freedom) songs, for example "No More Chain Gang" in the album Oceans Of Fantasy.