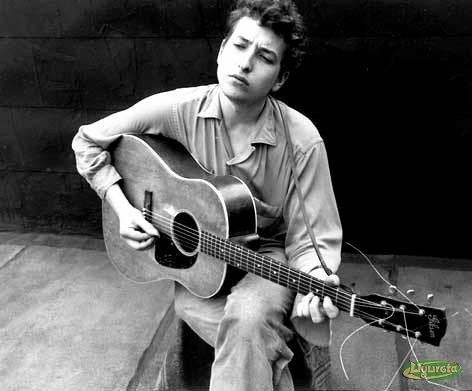 Bob Dylan (born Robert Allen Zimmerman on May 24, 1941 in Duluth, Minnesota, United States) is an American singer-songwriter. Often regarded as one of the greatest songwriters of all time, Dylan has been a major figure in popular culture during a career spanning more than 60 years.
Dylan started his musical odyssey in 1959 when he began playing in Dinkytown, Minneapolis while attending the University of Minnesota. Shortly after starting to play he changed his stage name to Bob Dylan